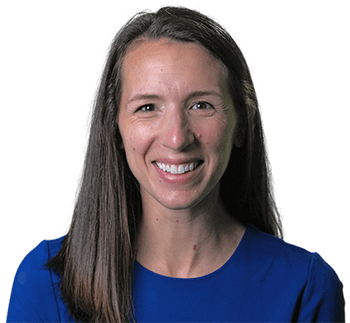 The DUKE HEART CENTER would like to express its admiration and heartfelt thanks to Duke Nurses for what they do every day to care for our patients, their loved ones and each other.
View Sponsor

The Center for Advance Practice congratulates all Friends of Nursing Winners and Nominees!
View Sponsor

Stephanie embodies Duke’s values through and through, every day, during and outside of work. She is a leader who supports a team of 26 advanced practice providers, caring for the advanced heart failure and mechanical support patients on the inpatient team. Stephanie understands the true meaning of being a Duke Nurse and the impact her care has on patients and their families during the toughest times of their lives. Although she is often faced with difficult end-of life-decisions and care issues, she always handles them in an ethical, graceful, and compassionate way.

This certified NP leads a large inpatient APP team who support clinical growth and rotations for NP and PA learners. She welcomes learners from various graduate provider programs and serves as a clinical liaison and advisor for doctoral students in project selection and completion on the cardiology inpatient units to benefit the patients, the families, the organization and healthcare delivery in this specialty population. This NP partnered and presented at the second annual Heart APP Symposium for Cardiology and CT Surgery, helping educate more than 200 nurses and APPs on cardiovascular care for mechanical support patients.

The NP helped update mechanical support and advanced heart failure protocols and workflows for a recent JC visit. She partnered with nursing, physicians, case management and home health to ensure the protocols and workflows would better enhance transitional care and address readmission rates. The current readmission rates for heart failure are now below the target thanks to much of the great work done by this APP and the team in Duke Heart. The NP created a dashboard and data collection and review process to enable near real-time identification of transitional care gaps to drive programmatic quality improvement in concert with her colleagues.

This NP partners with nursing, case management, physicians, pharmacists and the home health team to ensure patients receive evidence-based care across the spectrum. She supported a doctoral student on the team in a project to address advanced directives, a key organizational focus to enhance the holistic care of this patient population. This NP also works with the clinical documentation team, pharmacy and therapy services to ensure every clinical and operational need is being met for the patients and the organization.

This NP started as a Duke Nurse and progressed in her career to a NP role and now team leader for the APPs. While traveling through an airport (in a Duke Nursing T-shirt), she was faced with the situation of an elderly person who had arrested. This NP began CPR, placed an AED and successfully resuscitated the person. She proudly stood to a crowd of onlookers who applauded, and she raised her hands and said, “Go Duke Nursing.”mShe then tucked a note in the person’s pocket. Months later, she got a call from the family, thanking her and letting her know that their parent had survived and was doing well. That is caring!

This dedicated Duke Nurse who progressed to become an NP leader lives the Duke values every day at Duke, in the community and even in the airport – where she independently successfully resuscitated an elderly man traveling alone – leaving everyone she contacts in a better place.

Back to Award winners